Japan's GDP posted a third consecutive decline in its GDP, with a reading of 0.6% in the second quarter. Two consecutive declines indicate that the economy is in recession. In Canada, the economy created 418.5k jobs, beating estimates of 395.0k. The unemployment rate fell to 10.9%, down from 12.3% previously. Eurozone manufacturing PMIs were within expectations in July, with readings above 50, indicating expansion. The German PMI and Eurozone came in at 51.0 and 51.8, respectively.

There was good news from the US manufacturing sector, as the ISM Manufacturing PMI improved to 54.2 in June, up from 53.6 previously. A reading above 50 indicates expansion. US employment data was stronger than expected. Non-farm payrolls slowed to 1.76 million, down from 4.8 million before that. However, this exceeded expectations of 1.53 million. Wage growth beat estimates of -0.5% with an increase of 0.2%, after two consecutive declines. The unemployment rate also decreased from 11.1% to 10.2%, beating estimates of 10.5%.

British Employment Report: Tuesday, 11:30. Unemployment lists fell by 28k, after massive gains of 528.9k previously. We are now waiting for the July data. Wage growth has declined for four consecutive months and decreased 0.3% in May. Analysts are preparing for another dip, with a estimate of -1.2%. The unemployment rate was held at 3.9% for three consecutive readings, but is expected to rise to 4.2%.

UK GDP: Wednesday, 09:00. The UK releases quarterly and monthly GDP data. In the first quarter, GDP fell 2.0%, reflecting the economic losses from Covid-19. Investors are bracing for a massive 20.5% drop in the second quarter, which could upset the British pound. In May, the economy posted a gain of 1.8%, beating expectations of 5.5%. The estimate for June stands at 8.1%.

Australia Employment Report: Thursday, 03:30. Job creation rebounded in June, with a reading of 210.8k. This comes after losing 227.7 thousand jobs in May. The July gain is expected to be much lower at 30.0K. The unemployment rate jumped to 7.4% in June, up from 7.1% the previous month. Analysts are preparing to rise to 7.8% in July. 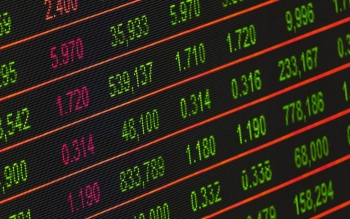